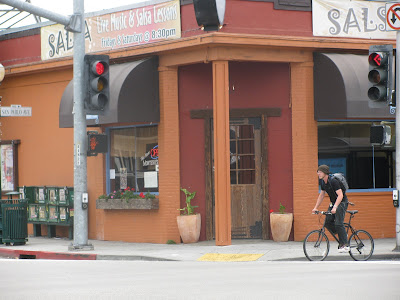 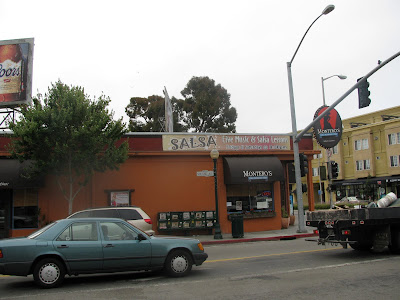 The Lucky 13 in Albany is a mysterious venue for many reasons, and it has been written about elsewhere. I took some pictures of the venue site. The building is L-shaped, and original ads list the venue at 901 San Pablo Avenue (at the corner of San Pablo and Solano Avenues). The building is now listed at 1106 Solano, and it is a restaurant/dance palace called Montero's.

Briefly, in 1966-67, The Lucky 13 was a teen club that sold cokes and burgers while teenage rock bands played. By 1968, The Lucky 13 was associated with the R&B station KDIA, at 1310-AM, known as "The Lucky 13." The radio station advertised the venue as an after hours soul club, open from 2-6am. Tower of Power played a gig there and got signed to a record contract by Bill Graham's Fillmore agency.

Was the teen club open in the early evening while the soul club happened after hours? Did the venue have music at all during regular hours when it was an after hours club? These and many other questions remain currently unanswered.

These photos were taken August 11, 2009, one facing the intersection (of San Pablo and Solano) and one from the Solano Avenue side. This part of Albany is very near the Northern border of Berkeley.
Posted by Corry342 at 11:36 AM