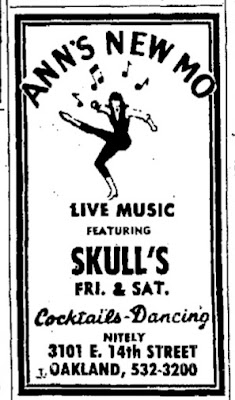 I have written earlier about trying to fathom the iconography of an ad for an Oakland club called Ann's New Mo. Here is another ad, from the Oakland Tribune of Friday, May 10, 1968. Without recapping every point of my previous post, let's consider what little we know