The Family Dog on The Great Highway, 660 Great Highway, San Francisco, CA
The Family Dog was a foundation stone in the rise of San Francisco rock, and it was in operation in various forms from Fall 1965 through the Summer of 1970. For sound historical reasons, most of the focus on the Family Dog has been on the original 4-person collective who organized the first San Francisco Dance Concerts in late 1965, and on their successor Chet Helms. Helms took over the Family Dog in early 1966, and after a brief partnership with Bill Graham at the Fillmore, promoted memorable concerts at the Avalon Ballroom from Spring 1966 through December 1968. The posters, music and foggy memories of the Avalon are what made the Family Dog a legendary 60s rock icon.

In the Summer of 1969, however, with San Francisco as one of the fulcrums of the rock music explosion, Chet Helms opened another venue. The Family Dog on The Great Highway, at 660 Great Highway, on the Western edge of San Francisco, was only open for 14 months and was not a success. Yet numerous interesting bands played there, and remarkable events took place, and they are only documented in a scattered form. This series of posts will undertake a systematic review of every musical event at the Family Dog on The Great Highway. In general, each post will represent a week of musical events at the venue, although that may vary slightly depending on the bookings.

If anyone has memories, reflections, insights, corrections or flashbacks about shows at the Family Dog on the Great Highway, please post them in the Comments.

The Edgewater Ballroom, 660 Great Highway, San Francisco, CA
As early as 1913, there were rides and concessions at Ocean Beach in San Francisco, near the Richmond District. By 1926, they had been consolidated as Playland-At-The-Beach. The Ocean Beach area included attractions such as the Sutro Baths and the Cliff House. The San Francisco Zoo was just south of Playland, having opened in the 1930s. One of the attractions at Playland was a restaurant called Topsy's Roost. The restaurant had closed in 1930, and the room became the Edgewater Ballroom. The Ballroom eventually closed, and Playland went into decline when its owner died in 1958. By the 1960s, the former Edgewater was a slot car raceway. In early 1969, Chet Helms took over the lease of the old Edgewater.
The Family Dog On The Great Highway
The Great Highway was a four-lane road that ran along the Western edge of San Francisco, right next to Ocean Beach. Downtown San Francisco faced the Bay, but beyond Golden Gate Park was the Pacific Ocean. The aptly named Ocean Beach is dramatic and beautiful, but it is mostly windy and foggy. Much of the West Coast of San Francisco is not even a beach, but rocky cliffs. There are no roads in San Francisco West of the Great Highway, so "660 Great Highway" was ample for directions (for reference, it is near the intersection of Balboa Street and 48th Avenue). The tag-line "Edge Of The Western World" was not an exaggeration, at least in American terms.

The Family Dog on The Great Highway was smaller than the Bill Graham's old Fillmore Auditorium. It could hold up to 1500, but the official capacity was probably closer to 1000. Unlike the comparatively centrally located Fillmore West, the FDGH was far from downtown, far from the Peninsula suburbs, and not particularly easy to get to from the freeway. For East Bay or Marin residents, the Great Highway was a formidable trip. The little ballroom was very appealing, but if you didn't live way out in the Avenues, you had to drive. As a result, FDGH didn't get a huge number of casual drop-ins, and that didn't help its fortunes. Most of the locals referred to the venue as "Playland." 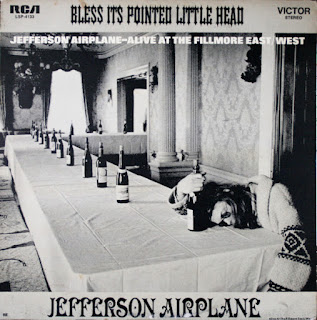 June 13-14, 1969 Family Dog On The Great Highway, San Francisco, CA: Jefferson Airplane/Charlatans/Pulse/Devil's Kitchen/Jim Rinehart (Friday-Saturday)
June 15, 1969 Family Dog On The Great Highway, San Francisco, CA: Charlatans/Pulse/Devil's Kitchen/Jim Rinehart (Sunday)
Chet Helms opened his new Family Dog venue with the first two San Francisco psychedelic bands, the Jefferson Airplane and The Charlatans. The two bands had played the very first Family Dog dance at Longshoreman's Hall on October 16, 1965. Of course, Helms was not part of the Family Dog at the time, as he did not take over until January, 1966. And while the Jefferson Airplane were now one of the most popular, hip rock bands in the country by 1969, the truth is they had not played much for Chet Helms. They had played the Fillmore for him once (February 22, 1966), a weekend at the Avalon (July 22-23, 1966) and a weekend at the Denver Family Dog (November 7-8, 1967), but that had been it. I don't believe Helms liked dealing with their former manager Matthew Katz, and Katz of course had been replaced by Bill Graham, who was hardly looking to book them at the Avalon. It was San Francisco, though, so everyone was still friends.

At this time, the current Jefferson Airplane album was their live record, Bless Its Pointed Little Head, recorded at Fillmores East and West in late 1968. It had reached #17 on the Billboard charts. Their most recent studio album had been Crown Of Creation, released in September 1968, and reaching #6. The band had just finished recording their Volunteers album. It would be released in November, and would go on to become an iconic classic for the band. The Airplane had their most famous lineup, too, with Grace Slick, Marty Balin and Paul Kantner on vocals, Jorma Kaukonen on lead guitar, Jack Casady on bass and Spencer Dryden on drums. The band could be unreliable in performance, but when they hit their marks they were formidable indeed, and Grace Slick had as much star power as any rock figure. It was only appropriate that an important new San Francisco rock venue would be opened with San Francisco's most important rock band.

The Charlatans had the almost precisely opposite arc to the Airplane. The Charlatans were an original San Francisco band, arguably the original San Francisco psychedelic band. The group got noticed in the Summer of 1965, playing at a hotel called the Red Dog Saloon, in the deserted Silver mining town of Virginia City, NV. Only about 5 hours from San Francisco, the Charlatans spent several weeks playing there. Many of the folks who attended were from the city. The Charlatans dressed in cheap Edwardian clothes they got from thrift shops, they jammed the blues while tripping on LSD (which was legal) and there was a light show behind them. This was the model for the first San Francisco Family Dog dances. The Charlatans even popularized colorful, mysterious posters promoting their shows.

By 1969, the Charlatans had been eclipsed by every band they inspired. They had broken up, reformed, never released an album and undergone numerous personnel changes. Former drummer Dan Hicks had switched to guitar and was now the lead singer. Lead guitarist Michael Wilhelm and bassist Richard Olsen were still in the band, but the other members (drummer Terry Wilson and pianist Darrel DeVore) were new. The Charlatans were a legendary San Francisco underground rock name, but few had actually heard their music, and by 1969 they weren't that exceptional.

Pulse was a unique solo act featuring one Brent Lewis playing congas and other drums, which in turn triggered strobe lights and other effects. It might have been entertaining in concert, but it wasn't a lasting model.

Devil's Kitchen was a band from Carbondale, IL, that had relocated to San Francisco in the Spring of 1968. They would become a sort of house band at the Family Dog, whatever exactly that meant. I think it meant that Devil's Kitchen kept their equipment at the venue, and played a lot of gigs there when they weren't officially on the bill.

Jim Rinehart was a juggler.

The opening night was a huge success. Phil Elwood reviewed the show in the Saturday (June 14) Examiner. He said that 1500 were packed into the hall, and nearly as many were outside and couldn't get in. He also mentioned that the hall was smaller than the old Fillmore, which had an official capacity of 1500, so that means the FDGH must have had an even smaller official (Fire Dept approved) capacity.

The Family Dog on The Great Highway was an opening night success. Unfortunately, the venue never got beyond its initial peak. I don't know anything about the following night. Given that it was Saturday, and the Airplane were headlining, I'm sure it did well, and probably sold out. But for the FDGH to succeed, its location required that it had to be a destination. Without the high flying Jefferson Airplane, that was rarely the case. Elwood reported that the Airplane began their set in a rather ragged fashion, which was common for them. He left at 12:30 am, as the Airplane started their third number, but he acknowledged that they seemed to be finding their mojo.

I am fairly certain that the Airplane set was broadcast live on KSAN-fm, the city's leading rock station. Since Airplane tapes are not documented like Grateful Dead tapes, I can't say that with absolute assurance. This too, was an anomaly--there was never another live FM broadcast from the Family Dog on The Great Highway. Nothing is known about the Sunday night show, with just the Charlatans topping the bill. Given that it was Sunday night, it was likely very thinly attended.